With my first season of triathlon wrapping up at Ironman Australia for the winter break, I had decided to spend a few months focussing on having fun riding. Along with their monthly road race at Akuna Bay / West Head, Manly Warringah Cycle Club also run a Cyclocross series for the winter months. They also run junior races in parallel which are a perfect excuse to continue to develop my sons passion for cycling. It was also a great excuse to build another bike.

That bike would be a Van Dessel Gin and Trombones. I sourced the frame second had and set about building it up from spare parts I had laying around. I think eventually the reused parts amounted to a SRAM Rival crank, SRAM Black/Green/Red shifters, the rear cassette and some white cable housing that came with my road bike. I also tried my hand at building the wheelset based on Ultegra Hubs and Mavic tubular rims. The coolest new bits were the Race Face wide narrow chainring and SRAM Type 2 X9 rear derailleur to allow a nice 1×10 setup.

The bike rides nicely. So nicely I even got it down into Manly Dam. I felt really old school with no suspension and cantilever brakes! 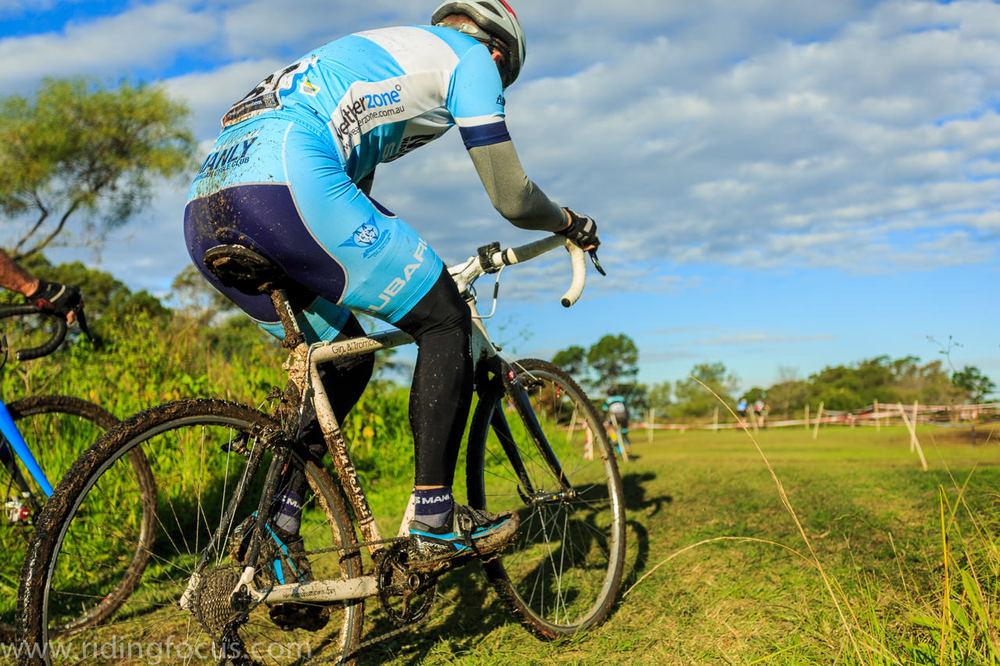 The cycle club runs the races up at the JJ Melbourne Reserve at Terry Hills. The reserve has an old Crit circuit and a BMX track as well as an equestrian facility. The perfect recipe for cyclocross.

I race B-Grade and I definitely don’t bust any mad skills or smooth moves. I rely on power and thats about it.

With 2 races done I am pretty pleased with midfield results and I feel as though with each race I am improving.